The ASX 200 is down 22 points in mid morning trade after a huge sell-off in the US. Gold and Materials doing ok but industrials and banks underperforming. Takeover offer for STO and A2M talks about the bigger pie again from Nestle #ausbiz 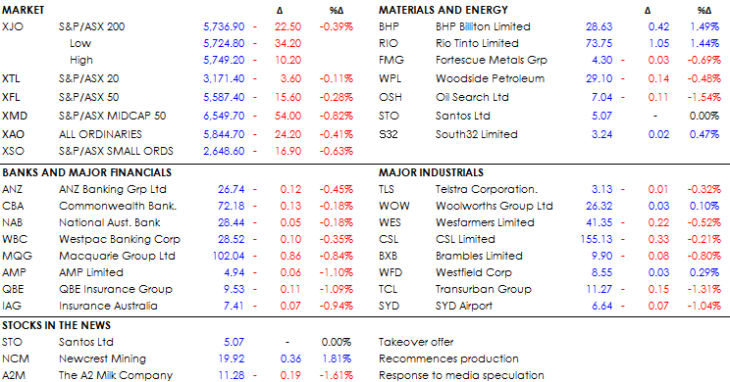