In seasonally adjusted terms, the total value of construction work down rose 0.2%in the March quarter. There was strength in Engineering (+1.5%) and Residential (+0.4%), while there were falls in Non-residential (-2.6%) and Building (-0.7%).

Most economists will be focused on the impact the disappointing numbers (+0.2% compared with expectations of +1.1%) will have on their GDP estimates. Consensus today is for 0.6% GDP growth in the quarter or 2.4% for the year. I’m not sure what the consensus was before yesterday’s release but we might see some further downgrades.

The focus of the charts below is on the residential component of the construction data.

The increase in Residential (0.4%) quoted in the ABS release includes alterations and additions (which were up 5%). New building construction (as shown in the charts below,  actually fell 0.2%. This included a 0.5% increase in house construction and a 1% fall in apartment construction.

It is further evidence of the continuing story of slowing activity in the apartment construction sector, while the house construction remains solid.

On a state basis, the downtrend in Queensland and Victoria has continued, and NSW has also topped out. There are early signs that things are picking up in Perth. This is highlighted in the third table, which shows an uptick in house construction while apartment construction is still sluggish. 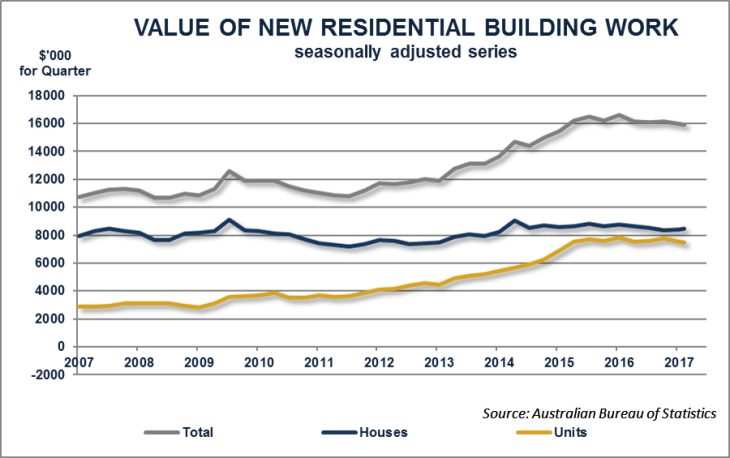 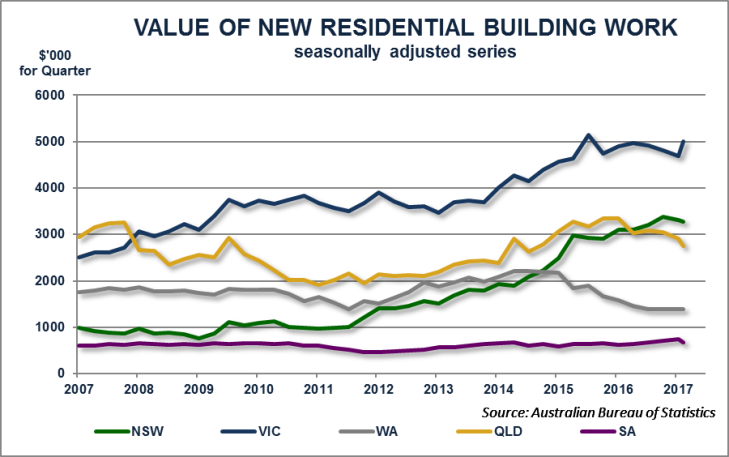 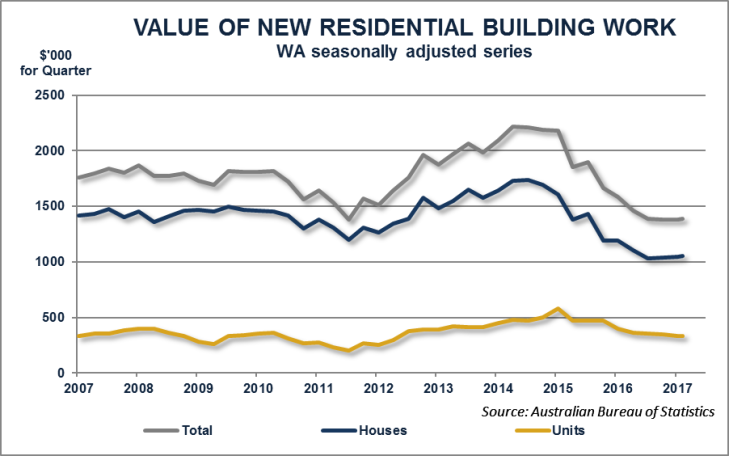